I will exhibit my sound installation Observing Density through Standing Waves

at The Global Composition conference at Hochschule Darmstadt, Media Campus Diedburg in Germany.

the city of Oxford, and will be taking part in an improvised concert with the Oxford Improvisers Orchestra

as part of "Boundaries":

vocal and instrumental, with soundscapes from the edge of town

For a detailed description and programme of the festival visit the Cohesion website here.
14-20 February 2011
I will be showing some work at Audiograft, a sound art and experimental music festival in Oxford. The festival is organized by SARU.
I will be exhibiting a new sound installation entitled "Observing Density through Standing Waves". The piece will run from the 14th to the 19th of February, and will be open to the public from 9am to 5pm. It will be located at the Richard Hamilton Building at Oxford Brookes University.
During the same festival we will be showing a new work with the "Synaesthetics" project, a collaboration with vj/video maker Dariusz Dziala. The projection of the piece will take place at the Jacqueline Du Pré Concert Hall in Oxford, on the 18 February 2011 at 8pm.
You can find a detailed description of the festival and a map of the venues here. 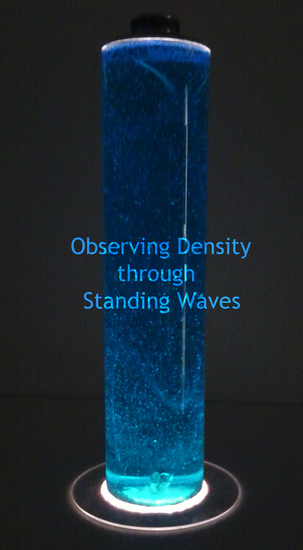 Sunday 14 November 2010
"Synaesthetics"
I will be performing live in an audio/visual improvisation with
video maker and motion designer Dariusz Dziala, using
real-time audio and visual processing.
The event is part of the "Cohesion 4" festival,
organized by the Oxford Improvisers.
5pm - 10pm @ Pegasus Theater, Oxford
Entrance: £10 Concessions: £8 Under 18's: £6
Detailed info can be found here
Wednesday 16 June 2010
Dutch composer and flute virtuoso Jos Zwaanenburg will
be performing my piece for flute and live electronics,
"Broken Mirrors", at the STEIM, Amsterdam.
For more info please follow the link
Saturday 15 May 2010
I will be performing my piece "Auditory Rainbows" for piano      and resonating glasses at Una-Corda. 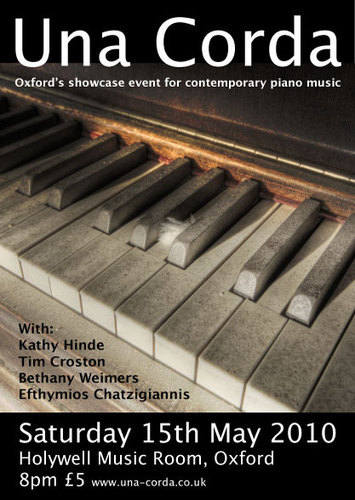